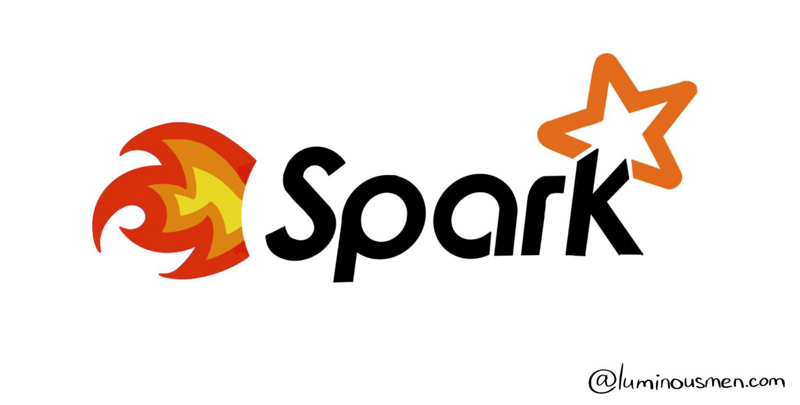 Apache Spark is considered as a powerful complement to Hadoop, big data’s original technology. Spark is a more accessible, powerful, and capable big data tool for tackling various big data challenges. It has become mainstream and the most in-demand big data framework across all major industries. Spark has become part of the Hadoop since 2.0. And is one of the most useful technologies for Python Big Data Engineers.

This series of posts is a single-stop resource that gives a Spark architecture overview and it's good for people looking to learn spark.

Apache Spark architecture is based on two main abstractions:

Let's dive into these concepts

The key to understanding Apache Spark is RDD — Resilient Distributed Dataset. RDD contains an arbitrary collection of objects. Each data set in RDD is logically distributed among cluster nodes so that they can be processed in parallel.

Physically, RDD is stored as an object in the JVM driver and refers to data stored either in permanent storage (HDFS, Cassandra, HBase, etc.) or in a cache (memory, memory+disks, disk only, etc.), or on another RDD.

An RDD can be recreated in the same way as the data it refers to because each RDD knows how it was created (by storing a lineage graph). In addition, RDD can be materialized, in memory or on disk.

RDD can also be cached and manually partitioned. Caching is beneficial when we use particular RDD several times (and can slow down our calculations otherwise where the whole lineage graph will be processed several times). And manual partitioning is important for proper data balancing between partitions. As a rule, smaller partitions allow us to distribute data more evenly, among more executors. Therefore, smaller partitions can boost tasks with more repartitions (data reorganization during computation).

Let's check the number of partitions and data on them:

All the interesting things that happen in Spark happen through RDD operations. That is, usually Spark applications look like the following — we create an RDD (for example, we read data as a file from HDFS), transform it (map, reduce, join, groupBy, aggregate, reduce, ...), do something with the result (for example, throw it back to HDFS).

Two types of operations can be performed via RDD (and, accordingly, all work with data is performed in the sequence of these two types): transformations and actions.

The result of applying this operation to RDD is new RDD. As a rule, these are operations that somehow transform the elements of the given data.

Transformations by their nature are lazy, i.e. when we call some operation on RDD, it is not executed immediately. Spark keeps a record of which operation is called (via DAG, we will talk about it later).

We can assume that Spark RDD is a distributed data set on which transformations are applied. Due to the laziness of the transformations, we can directly start the execution of operations at any time by triggering an action on RDD. Consequently, data is not loaded until it is not needed until an action is triggered. This gives a lot of possibilities for low-level optimizations.

Shuffle occurs upon data regrouping between partitions. This is necessary when the transformation requires information from other partitions, such as summing up all values in a column. Spark will collect the necessary data from each partition and consolidate it into a new partition, most likely on another executor.

But there are exceptions, operations like coalesce may cause the task to work with multiple input partitions, but the transformation will still be considered narrow because the input records used to compute any output record can still be found only in a limited subset of partitions.

Let's use filter transformation on our data:

In this example we don't need to shuffle the data, each partition can be processed independently.

In this example, no shuffle data is required, each partition can be processed independently.

However, Spark also supports wide dependencies (namely wide transformations) such as groupByKey, reduceByKey, etc. Within these dependencies, the data needed for the processing can be located in several partitions of the parent RDD that need to be combined. To implement these operations, Spark must perform a shuffle by moving data across the cluster and forming a new stage with a new set of partitions, as in the example below:

Actions are applied when it is necessary to materialize the result — save the data to disk, write the data to a database or output a part of the data to the console. The collect operation that we have used so far is also an action — it collects data.

The actions are not lazy — they will actually trigger the data processing. Actions are RDD operations that produce values that are not RDD.

For example, to get the sum of our filtered data, we can use the reduce operation:

Unlike Hadoop, where the user has to break down all the operations into smaller tasks and chain them together in order to use MapReduce, Spark defines tasks that can be computed in parallel with the partitioned data on the cluster. With these defined tasks, Spark builds a logical flow of operations that can be represented as a directional and acyclic graph, also known as DAG (Directed Acyclic Graph), where the node represents an RDD partition and the edge represents a data transformation. Spark builds the execution plan implicitly from the application provided by Spark.

RDDs can determine preferred locations for processing partitions. DAGScheduler places computation so that it will be as close to the data as possible (data locality).

Explaining the mechanics of Spark caching