Apache Spark is considered as a powerful complement to Hadoop, big data’s original technology. Spark is a more accessible, powerful and capable big data tool for tackling various big data challenges. It has become mainstream and the most in-demand big data framework across all major industries. Spark has become part of the Hadoop since 2.0. And is one of the most useful technologies for Python Big Data Engineers.

This series of posts is a single-stop resource that gives spark architecture overview and it's good for people looking to learn spark.

Apache Spark is an open-source cloud computing framework for batch and stream processing which was designed for fast in-memory data processing.

Spark is a framework and is mostly used on top of other systems. You can run Spark using its standalone cluster mode, on EC2, on Hadoop YARN, on Mesos, or on Kubernetes. I will tell you about the most popular build — Spark on top of the Hadoop Yarn.

So before we go in-depth of what the Apache Spark consists of, let's briefly understand the Hadoop platform and what YARN is doing there.

To understand what Hadoop is, I will make an analogy with the operating system. The traditional operating system on high-level consists of several parts: the file system and the processing component.

On a single machine, there is a file system, it can be different: FAT32, HPFS, ext2, NFS, ZFS, etc. It is a system for storing and managing data. 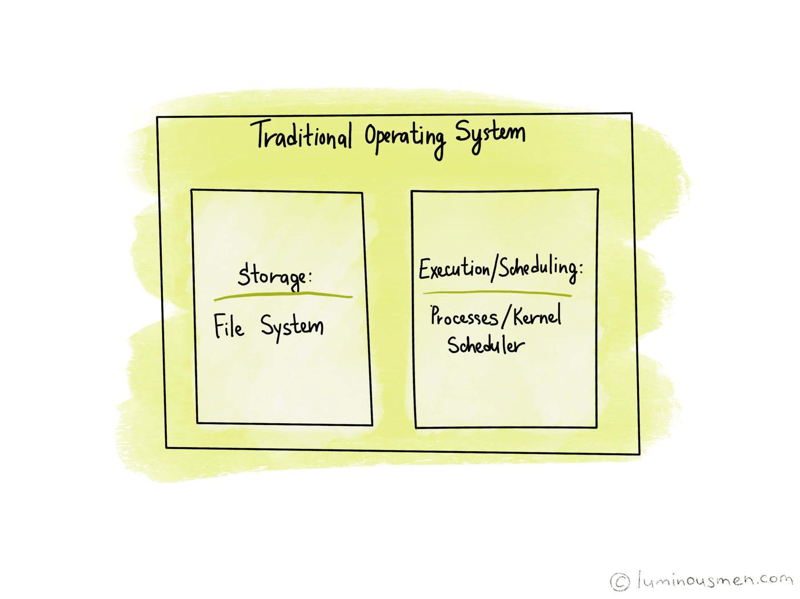 Also, OS has a processing component: kernel, scheduler and some threads and process that's allowing us to run programs on the data. When we move that concept of storage/processing parts to a cluster level and put that inside Hadoop we basically will get the same separation, the same two components. But the storage layer is instead of a single node file system will be HDFS — Hadoop distributed file system. And YARN(Yet Another Resource Negotiator) takes the role of the processing component: execution, scheduling, deciding what gets to run particular tasks and where.

Let's take a closer look at it. So how the YARN works?

YARN has some kind of the main process — ResourceManager. The ResourceManager is the ultimate authority that arbitrates the division of resources among all the applications in the system. It has minions that are running on all cluster nodes which called NodeManagers. All cluster nodes in the cluster have a certain number of containers. Containers are computational units, some kind of wrappers for node resources for performing user application's tasks. They are the main processing units that YARN manages. Containers have their parameters that can be configured upon request(like ram, CPU, etc). 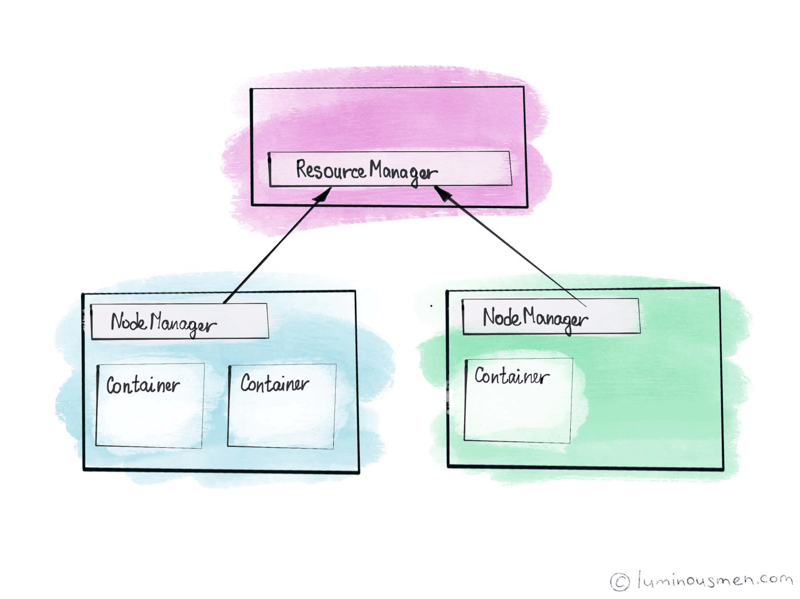 The containers on each node are controlled by the NodeManager daemon. When a new application is launching on a cluster, the ResourceManager allocates one container for the ApplicationMaster.

The per-application ApplicationMaster is a framework-specific entity and is tasked with negotiating for resources from the ResourceManager and working with the NodeManager(s) to execute and monitor the component tasks.

The ResourceManager has a pluggable scheduler component, which is responsible for allocating resources to the various running applications subject to the familiar constraints of capacity, queues, and other factors.

The ResourceManager, the NodeManager, and a container are not concerned about the type of application or task. All application framework-specific code is simply moved to its ApplicationMaster so that any distributed framework can be supported by YARN — as long as someone implements an appropriate ApplicationMaster for it. Thanks to this generic approach, the dream of a Hadoop YARN cluster running many various workloads comes true.

Armed with the knowledge from the previous sections, it will be useful to find out how the applications themselves work in YARN.

Let's go through the sequence of steps of application start:

YARN offers several other great features. Describing all of them is outside the scope of the post, but I’ve included some noteworthy features:

Who is a team lead?